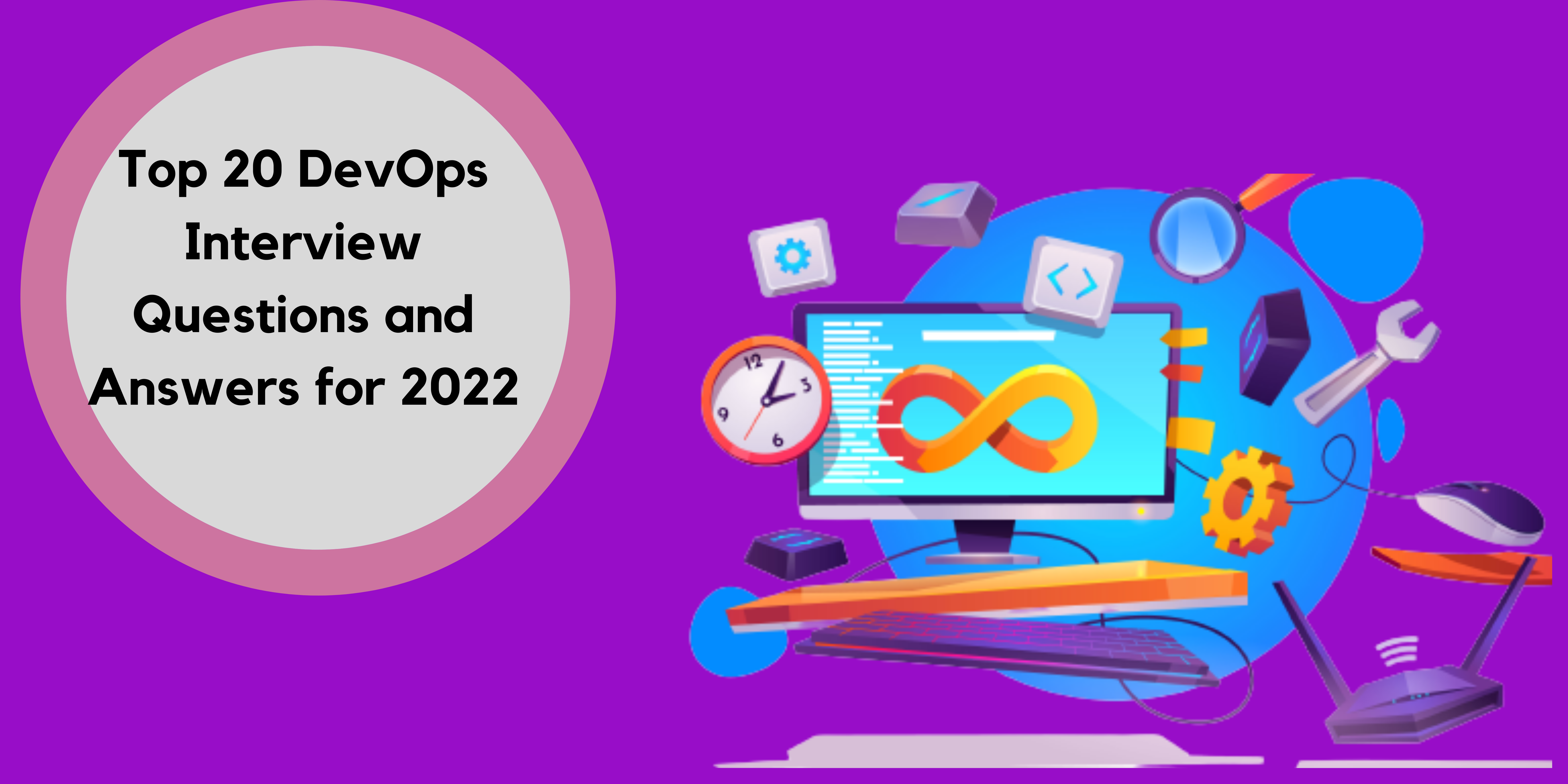 Organizations worldwide are quickly embracing the DevOps culture to streamline their business strategies. If you ever want to pursue a job in this field, you should prepare for the most typical DevOps Certification interview questions. This article contains a list of the 20 most often asked DevOps interview questions and answers to assist you in preparing for your DevOps interview.

1. What is Continuous Delivery, and how does it work?

It is the practice of sending software for testing as soon as CI (Continuous Integration) servers have finished building it.

2. What is Ansible's purpose?

Ansible is largely used in IT infrastructure for configuration management and deploying software applications to remote nodes autonomously.

The following are the three most important KPIs:

4. How is AWS used to implement IaC?

IaC allows developers to build, test, and descriptively manage infrastructure entities using formats such as JSON or YAML, similar to the scripts provided for other services. Infrastructure updates can be developed more easily and deployed more quickly.

5. What are Azure Pipelines, and how can I use them?

Azure DevOps Pipeline develops and tests code projects automatically. It's an Azure cloud service that works with many project types and languages. This service aids in making code projects more accessible to other users.

6. Is Jenkins able to be copied or moved from one server to another?

Yes, Jenkins is portable, meaning it can be moved or copied from one server to another. It is feasible to migrate the jobs directory from the previous server to the new or current one while copying Jenkins. This process allows you to move an installation by copying it into the appropriate job directory.

7. What is the meaning of 'Canary Release'?

The term "canary release" refers to a pattern for reducing the risk of releasing a new version of software into production. It is made available to a subset of users before being available to the entire user group.

8. What exactly is Docker?

Docker is container-based application development, deployment, and execution tool. It encapsulates an application with all dependencies to ensure that it runs smoothly. Docker lets you run programs on the same Linux kernel as your host.

9. What is the Blue/Green Deployment Pattern, and how does it work?

This Pattern is a common way of continuous deployment for reducing downtime. You must replace the old code with a new one to include a new one. The new version is set in a green setting, while the old one is blue. You'll need to create a new instance from the old one to run the newer version.

10. What exactly is a Jenkinsfile?

Jenkinsfile is a source control repository for a Jenkins pipeline. It provides for pipe code review and iteration and allows a pipeline audit trail. The pipeline has a single source of truth that can be accessed and updated.

12. What exactly is NRPE, and how does it work?

13. What is the meaning of the term "EUCALYPTUS"?

The abbreviation "EUCALYPTUS" stands for "Elastic Utility Computing Architecture for Linking Your Programs to Useful Systems." It's compatible with DevOps software like Puppet and Chef.

4. What is Selenium IDE, and how does it work?